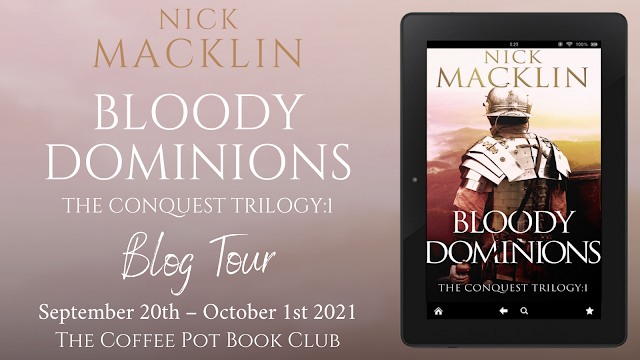 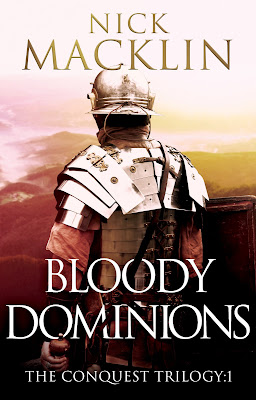 Journey with those at the heart of the conflict as Caesar embarks on the tumultuous conquest of Gaul 58-51 BC. Book One 58-56 BC.

As Caesar’s campaign begins, tests of courage and belief will confront the three protagonists, shaping them as individuals and challenging their views of the world and each other:

Atticus – an impetuous but naturally gifted soldier, whose grandfather served with distinction in the legions;

Allerix – a Chieftain of the Aduatuci, who finds himself fighting both for and against Caesar; and

Experiencing the brutalities of conflict and the repercussions of both victory and defeat, Atticus, Allerix and Epona will cross paths repeatedly, their destinies bound together across time, the vast and hostile territories of Gaul and the barriers of fate that have defined them as enemies. In a twist of fate, Atticus and Allerix discover that they share a bond, a secret that nobody could ever foresee…

A history graduate, Nick enjoyed developing the skills that would stand him in good stead during the extensive research he conducted prior to writing his novel. Whilst the ancient world unfortunately didn’t feature to any extent in his history degree, (the result of failing miserably to secure the A level grades that would have permitted greater choice) he maintained a lifelong and profound interest in ancient history and especially the Roman Empire, continuing to read avidly as he embarked on a career in HR. Over the next 30 years or so Nick occupied a variety of Senior/Director roles, most recently in the NHS. Unsurprisingly, writing in these roles was largely confined to the prosaic demands of Board papers but Nick never lost the long-harboured belief, motivated by the works of writers such as Robert Fabbri, Robyn Young, Anthony Riches, Simon Scarrow, Matthew Harffy and Giles Kristian, that he too had a story to tell. When he was presented with a window of opportunity c3 years ago he took the decision to place his career on hold and see if he could convert that belief into reality.

Nick always knew that he wanted to set the novel against the backdrop of a significant event/period in Roman history. Looking to narrow that down to something offering the potential for meaningful character and plot development, but that hadn’t already received exhaustive coverage, he settled on Caesars tumultuous occupation of Gaul. Spanning 8 years, the prolonged clash of cultures offered ample opportunity for the kind of dual perspective from which he was hoping to tell the story, whilst the violent conflict provided a wealth of exciting material to explore the changing fortunes of war and its impact at a personal level. The switching of allegiances, nations fighting for and against Rome also provided the potential for some intriguing plot lines. As his research unfolded, he was also struck by just how heavily the Roman psyche during this period was influenced by the scare they had received 50 years earlier when Germanic tribes invaded their territories and defeated their legions. Seeing references to the veterans of that war watching their sons and grandsons enlist for a similar campaign, he started to think about developing that link on both sides of the conflict. And so, the idea for the Conquest Trilogy was born.

In Bloody Dominions Nick has sought to produce a novel in which unfolding events are experienced and described from the perspective of protagonists on both sides of Caesar’s incursion into Gaul.  Conscious that the role of women in Roman fiction, Boudica aside, is largely confined to spouse, prostitute or slave, Nick wanted to ensure that one of his lead characters was female and a prominent member of the warrior clan of her tribe. The novel is driven by these characters but the framework against which their stories unfold is historically accurate, featuring actual participants in Caesar’s campaign and drawing on real events as they occurred. As such Nick is genuinely excited about his characters and the story they have to tell.

Nick lives in Exeter with his two daughters and is currently juggling work as an Independent HR Consultant with writing the second novel in the Conquest Trilogy, Battle Scars. 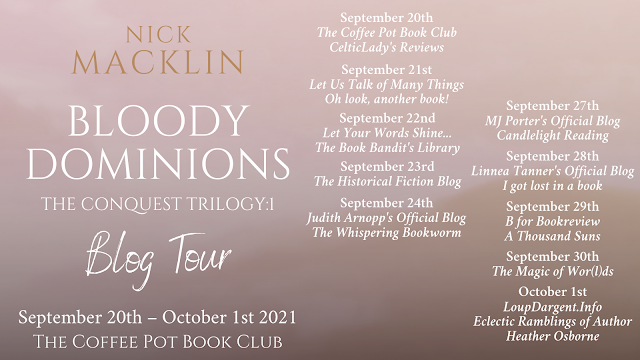